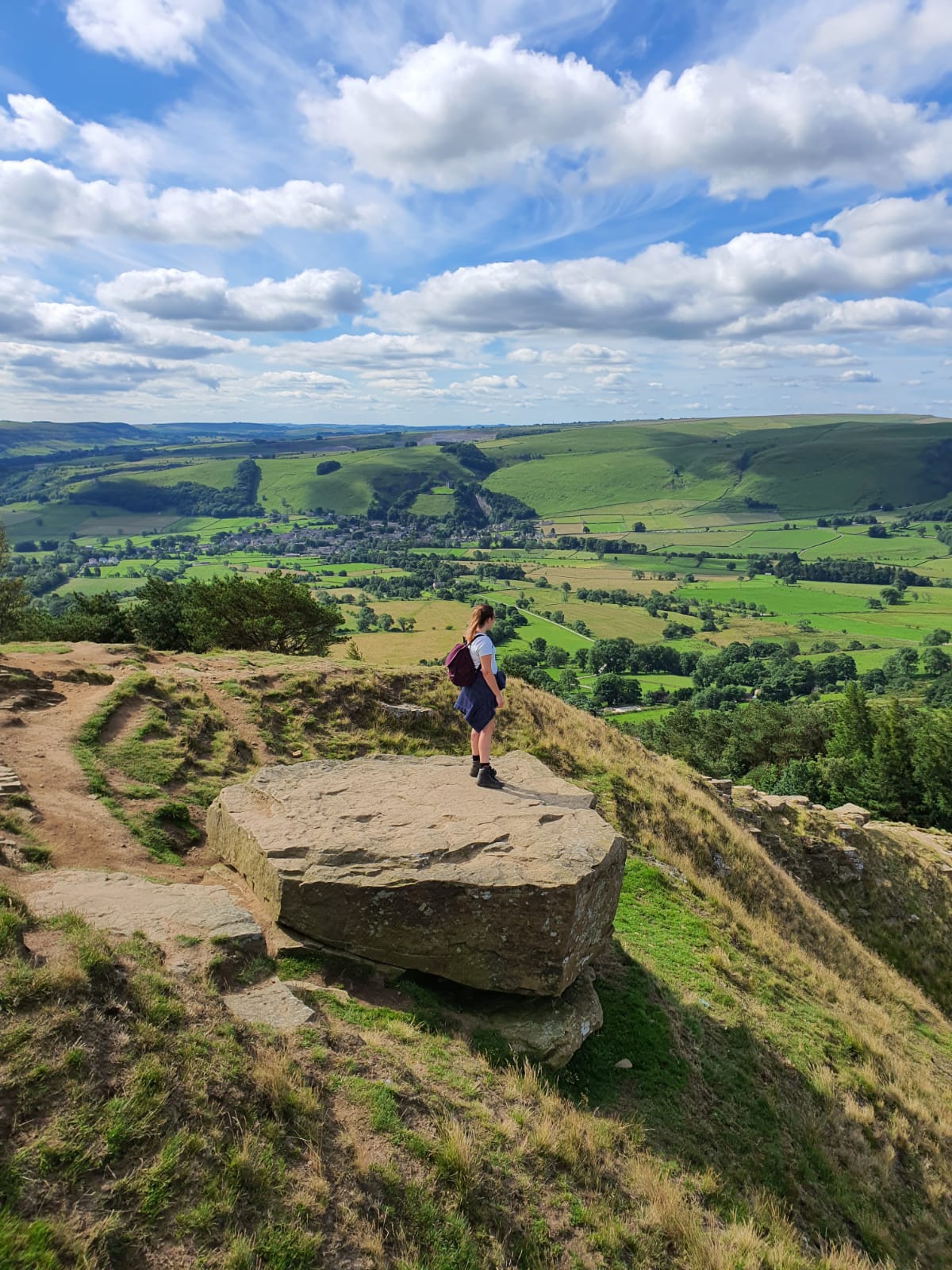 There are so many things to do in Barcelona, where do you start?

As with any city break, Barcelona offers a wide variety of activities to do, from museums and galleries to beaches, to historical streets and areas, to shops and restaurants. It’s a city that really does has something for everyone. Here’s a list of 10 things to do in Barcelona to give you a starting point.

One of the easiest ways to really get to know Barcelona is to take one of the Bike Tours or Walking Tours early on in your trip. There are various tour companies you can have a look at, but the one I’ve personally used is Sandemans, and I’ve done both a bike and walking tour. These tours are ‘free’, and by that, it means you basically tip the tour guide what you feel comfortable with at the end. They also do some pre-paid for tours with more specific theming.

They’re great because you don’t just see the touristy bits of Barcelona, you also see the areas that the locals enjoy. Tour Guides can offer you insider knowledge on where to go, where not to go and the types of things to look out for. Perfect for the first day or two of your trip because then you can have a better insight on how to spend the rest of your time!

The Sagrada Familia can be found in the Eixample district of Barcelona. It was designed by the Catalan architect Antoni Gaudí, and despite him dying in 1926, construction is still not finished. You’ll be greeted by scaffolding and cranes as you walk up to the Sagrada Familia, but don’t let that put you off.

The Sagrada is humongous and you can only really appreciate the sheer size of it if you get high up in Barcelona (like at Montjuic or Park Güell) so you can see how it stands out against the skyline. Not only is it a beautiful building, but the inside is even more impressive!

>> Do you need more reasons to visit the Sagrada Familia?

The architecture in Barcelona is heavily influenced by Gaudí, and Park Güell is no exception. The park is named after Eusebi Güell, a close friend of Gaudi’s. He had wanted Gaudí to convert this land into a garden city and work on it started in 1900. When Güell died in 1918, the land was sold to the Barcelona city hall and made into a public park – opening in 1926, the year Gaudí died!

It’s a beautiful park to walk around, filled with great architecture and lots of greenery and fountains. The monumental area gives an incredible view of Barcelona and all the ceramic and colours used in this area are striking.

These buildings are located in the Eixample district on Passeig de Gràcia, one of the major avenues in Barcelona and one of the most important shopping and business areas. You’ll find many designer shops around here! Both of these buildings can be appreciated from street level, however, you can also pay to go inside them.

Casa Milà (or La Pedrera) stands out for its unusual facade with it’s wavy design. Another one designed and constructed by Antoni Gaudí – of course. It was originally flats, but now holds a museum with different exhibitions and a decorated flat. In 1984 it was officially recognised as a UNESCO world heritage site.

Casa Batlló looks even more unusual with its colourful design. Parts of the facade look like it’s been made from skulls and bone, and the coloured ceramics were inspired by marine life. The roof is covered with colour scales, and there are interpretations around the legend of Saint George, with the dragon-like design. As far as I can find, Gaudí never explained the design or inspiration so it’s completely up to interpretation!

Camp Nou – home to FC Barcelona and one of the most famous football stadiums in the world. It’s also the largest stadium in Spain and Europe. When you see it in person, it’s easy to understand why the Camp Nour Tour Experience is one of the most popular attractions in Barcelona.

You don’t need to be a big football fan – I’m not and I actually really enjoyed it. Just seeing all the history and experiencing the stadium itself is really interesting.

>> Here’s a full review of what to expect at Camp Nou.

Walk Around the Gothic Quarter

Also known as Barri Gòtic – this area might just be my favourite part of Barcelona. The architecture is stunning, and the winding, narrow streets are so pretty. Did you know, Picasso lived and worked in Barri Gòtic from 1895 to 1904!

So many restaurants, bars, shops and squares around here to wander. You’ll also find the Jewish Quarter here, and with that Spain’s oldest synagogue! There’s so much history to be found within the Gothic Quarter, you could spend a couple of days just looking around here and not get bored.

There are a number of beautiful cathedrals and churches to visit in Barcelona, not just the Sagrada Familia. Barcelona Cathedral is a beautiful piece of architecture with a strong gothic design influence. You’ll find many more as you walk around.

Go to the Beach

Barcelona is primarily a ‘city break’, but that doesn’t mean there aren’t beaches to visit! Barceloneta beach is the closest to the city centre, and it has plenty of fresh seafood restaurants close by. Icària beach is a little further away, but likely to be a bit quieter during the busy summer periods.

The Montjuïc cable car is 750 metres long and offers incredible 360º views of Barcelona from above. There are three stations: the route starts at the Parc Montjuïc stop, where you can buy tickets, and then goes directly to Montjuïc Castle. On the way back down you have the option to get out at Mirador de l’Alcalde (Mayor’s viewpoint) and then it goes back down to Parc Montjuïc.

The top of Montjuïc offers 360 views – ideal for an old military fortress. It has roots dating back to 1640! There is a lot of history behind those walls, and it’s really interesting to walk around and see. The views from it are also incredible, and on a warm day, it provides a great spot for a slow wander.

The Arc de Triomf was built by Josep Vilaseca i Casanovas as the main access gate of for the 1888 Barcelona World Fair. The fair was hosted on the Parc de la Ciutadella, and the present layout of the park is a product of this World Fair. The Arc really stands out on the road so it’s great to see!

The Magic Fountain of Montjuïc

The magic fountain gives a spectacular display of colour, light and motion. Water acrobatics just make everything magical, and it really is an incredible show to watch. The area can get busy, so in peak times it is recommended to get in the area early to grab a good viewing point!

The Magic Fountain is located at the base of Montjuïc and the show runs every day except for Mondays. Twice a day on weekdays and once on a Sunday. (However, it should be noted that unfortunately all shows have been cancelled due to Covid – so double check if you are visiting!)

More information about the Magic Fountain can be found here. 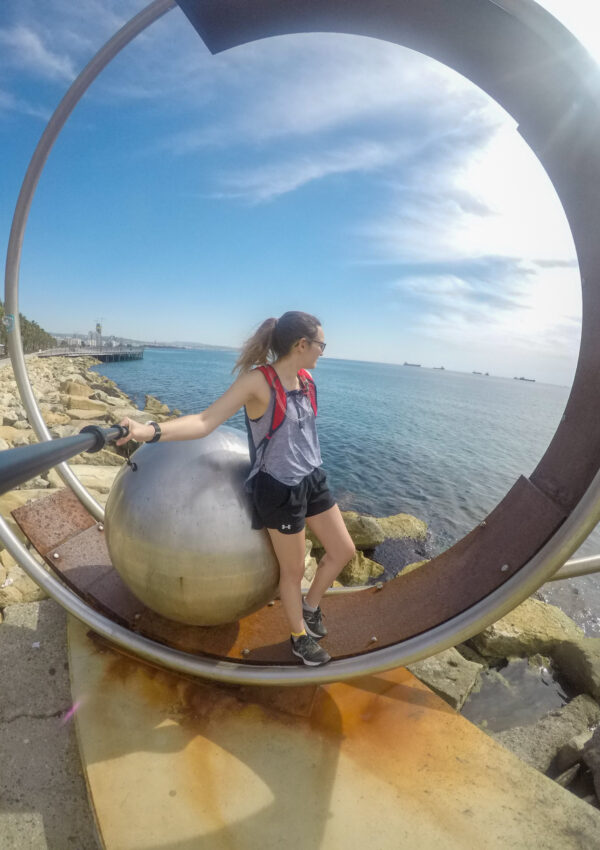 Tips for Taking Photos of Yourself Whilst Travelling Solo 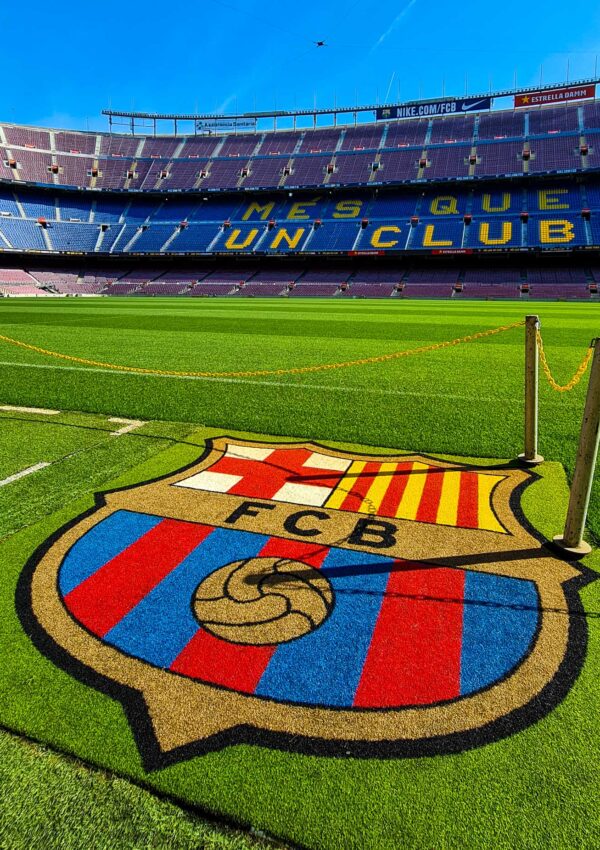 What Do You See on the Camp Nou Experience Tour? 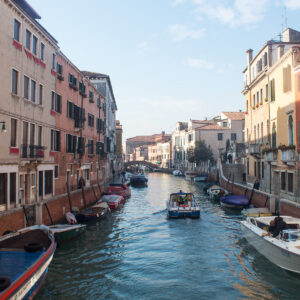 European Cities to Visit During Winter

ad| A hat, fleece, warm trousers and boots = the p